Home A thru B Guitars for Sale Fab Fakes Custom Shop 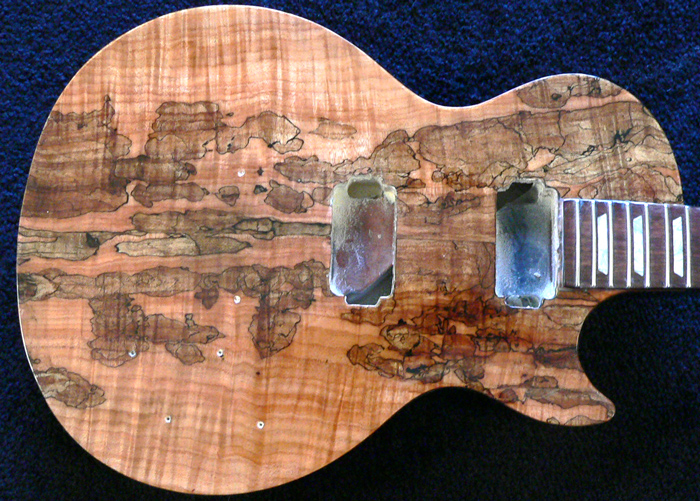 We have been doing these retop jobs for 20 years.  We really don't know of any other shops that offer this service. Sometimes It's actually cheaper to build a whole guitar from scratch than to do these jobs. We charge about half as much as it would be to build one from scratch. So it doesn't make good sense for us !!!!  We also replace the stock Gibson el cheapo plastic neck inlays with real MOP or Abalone.

After playing this you won't want a Gibson !!!
The tone & resonance are awesome.
That big tuning fork headstock resonates like a banshee.
Another Ed Roman Spalted Maple Retop

"Quicksilver Guitars are Awesome Guitars"
They are the most versatile guitars we carry
Guaranteed to give you more different tonalities than any other guitar on the market.
AT ANY PRICE

Custom Retop Job  For Eric Leipzig Abalone Inlay all around the body.
Real Abalone Inlay replaces the cheap plastic that Gibson uses on all their guitars.
All work done in our shop

Custom retop before we have drilled it out