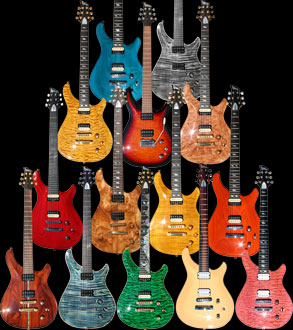 Quicksilver Guitars are our premiere Directly Coupled Bolt-In guitars built for tone, beauty, performance and versatility. Get a Custom Quicksilver guitar tricked out any way you like it, with your choice of wood combinations, electronics and hardware. Why settle for off-the-rack?

Roman Vintage Custom (RVC) Guitars are Set-Neck Guitars, built with traditional methods with a vintage look, feel and tone. You can order your RVC Blues Deluxe or Traditional Single Cut with any electronic or hardware option your heart desires or select from our in-stock RVC Guitars.

Roman Abstract Guitars are Neck-Through-Body Construction. Neck-through-body guitars offer unparalled sustain and superb tone. With hundreds of different models from which to choose, you can create a custom masterpiece or select from our in-stock inventory. 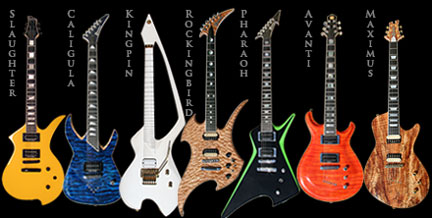 Nothing sounds quite like a Mosrite. The Ventures played Mosrite Guitars and helped make them famous. Johnny Ramone and Curt Cobain later discovered Mosrite's unique sound.

Roman Guitars is your source for authentic new and vintage collectible Mosrite Guitars.

Be the next to discover the Mosrite tone and Get that Mosrite Vibe! 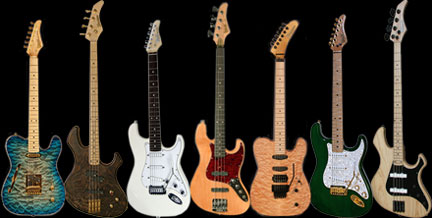 You can now find Duesenberg Guitars at Ed Roman Guitars of Las Vegas.

Give us a call and discover the unique German musical engineering offered by Duesenberg. 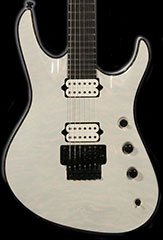 Jackson Guitars are consistently top-shelf guitars. Jackson has been the first choice for many players for a generation.

If it was good enough for Randy Rhoads...

We stock a variety of Kit Guitars with body style and hardware options.

Roman Guitars has EVH Wolfgang Guitars in stock in Solid and Trans Colors. 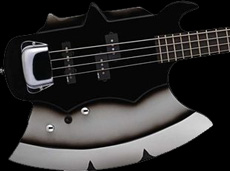 Roman Glock 22 Guitars are Blot-On construction, styled right out of the '80s and in stock for fast delivery.

Our Custom Shop can create a musical masterpiece from your favorite artwork or even (gasp) your corporate logo. 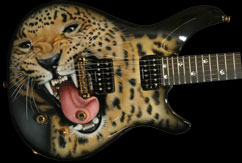 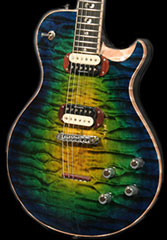 JET Guitars are the finest single luthier guitars in the world and we have them here at Roman Guitars.


This guitar is the Prototype for the new 6/12 doubleneck from Mosrite. This prototype is your one-in-a-lifetime chance to own a piece of guitar history. 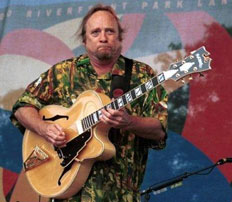